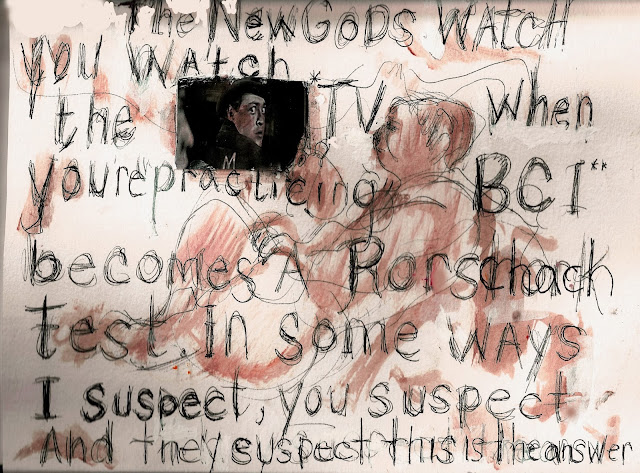 Fritz Lang's classic  "M",an early talkie crime melodrama  set in 1931 Berlin. The police are anxious to capture an elusive child murderer (Peter Lorre), and they begin rounding up every criminal in town. The underworld leaders decide to take the heat off their activities by catching the child killer themselves. Once the killer is fingered, he is marked with the letter "M" chalked on his back. 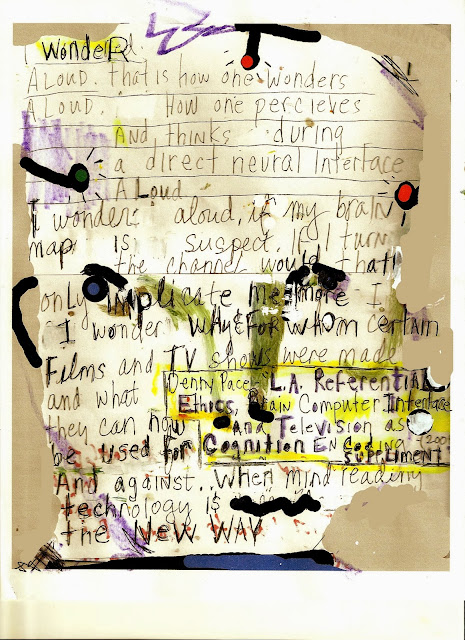 The anticipated outcome of BCI research is to produce clinical devices which are widely available. The path to translation of basic laboratory developments into commercial products is complex and challenging.

Private industry is a secondary source of translation of BCI technology

from the laboratory into commercially available products. To gain the

attention of industry, BCI research must be available in a form that

documents the usefulness of a product, or at a minimum makes clear

the path to achieve a product. Issues of safety, efficacy, and clinical

utility must be addressed.

Regulatory approval is a daunting task for which most researchers

Neuroethics is a well-established field and many of the issues it addressesare applicable to BCI research and development, and to BCI clinical use. These issues are particularly critical for potential BCI human testingupon the population, some of whom (institutionalized in either a correctional or mental institutions ,drug addicts ,prostitutes ,the homeless ) are  often unable
to fight for certain  civil right entitlements and/or are (and always have been ) in an unfortunate position to be most easily  exploited .The very nature of "neuro testing with both microwave manipulation of brain function which requires no "chip" or synthetic telepathy via  macroscopic  biotech is easily discredited . The ethics of BCI research will inevitably evolve as new technological opportunities arise. As "Mind Reading" can be used as a "Truth Machine"(it is not)certain agencies both private and procedural will attempt to exploit human subjects to investigate "neurotronic" interrogation techniques . Besides using every day responses to "every day" events there will arise the need to stage events as Street Theater pantomime to study "What Would You Do?"evoked responses. Television itself can act as Evoked Potential to  judge  a person's  physiological  and brain signal  response to the broadcast scenario . TV therefore  becomes an endless  Rorschach  Test for those "bugged" with neural prosthetic or cosigned for Brain Map "signal lock"studies. Reaction to TV's   images and plot  using Brain Map and Brain Interface is a short cut to many current  limitations of  true "Virtual Reality" interaction provided by Synthetic Telepathy being developed at this time primarily to trigger ,control, frighten and next "reward" the subject with neutral semantic and visual overlay. The expense of inducing Real Time Mind to Machine manipulated reality concerning synthetic telepathy is primarily done very early in the subject's indoctrination to terrify the subject into silence concerning this bizarre new form of servitude . Quickly the subject becomes more compliant to the interface as the sheer amount of scalar and microwave energy creates physical and emotional exhaustion .The subject's compliance in some cases was programmed into the subject during childhood .Many aspects of Neuro Linguistic Programming are used by 'players" who insinuate themselves into the human test subjects lives or environment to intimidate the target from speaking about the testing . What is often referred to as "mobbing " or "Organized stalking" (imagine a Flash Mob "for one" preformed on a weekly  or sometime daily basis  to alter  the test subject's sense of reality and more important narrative pertaining to description of their predicament to a lawyer ,doctor ,friend or family. Often the "street theater /Gaslighting " is to keep the human subject engaged with the ready made Evoked Potential device of  Television  which is after all about putting oneself in "a character's " shoe's and or point of view.

Risk/benefit assessment is at the core  of much human testing deliberately the number of "guinea pigs " is limited to sparse numbers in as many counties as possible so "a Good Samaritan" at the local ER,Police Dept etc will not see 30 people suddenly in the waiting room of either facility spontaneously presenting instantaneous 'Thought Disorders/Hallucinations as to not foster concerns about contaminants in the air or agriculture ,water etc.