nothing.
no fear
no joy
no words in my mind

the thoughts .i type now.
are the thoughts i have now.
if I typed what i felt upon waking

this  would be a blank page


I was told this would happen  or could happen
and that
"gone is good, that gone," is what we GO For"
I am at level 6
in my Neuronautics course load

I am loaded
with apps
they put in me
just
to see
if
IT
could work
like that....
alot of people in California are working on A.I and Virtual Reality by way of biosensor "give and take"interface via a Brain Computer Interface
but only "The New Way" knows
what
it's for
and how to use it...not just "play " with it like a toy
Gary Rainy wrote about  biosensors and human computer interface in 1962
He had an out of body experience
and was told
how "it would and could and MUST be used"
according to Gary Rainy
an Entity
explained
That Only He should EVER have what is now called  BCI(BrainComputer Interface) in their hands..Gary foresaw Nanotechnology making the "inbeds" the chips small enough to enter "The Body Human "without a person's knowledge"
He wrote Science Fiction novels (some better than others) about the metaphorical and literal fight for this technology that could either be parasitic in nature(all 5 senses in another's hand..controled by another's mind...?what type of person would put that helmet or hairnet full of potential input on...and for what purpose?to break another's will?to break a man to pieces? to drive a man to madness enough to take his own or another's life?.)

or Joyous!
Monks and Musicians and Mavericks Mentoring
and sharing
Positive Vibritions
and Intuit Harmonics
pure love .
without words
right into one's brain pan
no MDMA
No DMT senso
just a wavelength perhaps more divine on the Human Scale than your own

and maybe just maybe
you can glean
just a bit just a bit of it.
enough
that it becomes YOU..part of you
The Second ,First and Eternal Coming of Better Days!

I don't have to pay for my "re -education nor serve "time" for offense
that were just a wee bit over the mis demeanor limit..

wouldn't you have said
OK
I'll do it?

according to Gary Rainy and The TruGenic Scale of Beinghood ," selfish thinking  includes self observation and self examination
One cannot examine oneself
only one's bettor's who have progressed
"up the scale' are fit to observe and examine
and  challenge
Evolution of the Mind only is ascertained through ordeal
through activation of "fight or flight'  neural networks in amygdala that cause a "rush" of adrenalin

Old Way thinking
and Status Quo adjustments
that the "motherment" forces people
to do either Overtly or
Inadvertently
as according to Neuronautics "The Motherment" wants to control the Masses
nothing more interests them
that is why they are scared to death of
The Neuronautics Movement
and have done everything they could think of to
make Us misconstrued by the public ..either calling us a cult or worse
EVAN says
it's fashionable to hate The New Way
but soon won't be
that One day
The New Way will be running the show
and not only have pull on the west coast
"Our Time is Coming"
"our Time is Now"
and THEY will never see it Coming!

they make lists
of all the Ruiners
that put down Neuronautics and all  the Science-ideology based teachings
lists
of those that mock our founder , Gary Rainy
as a charlatan
or a self seeking showman

for we have  and strive for
Clarity of mind .
we are not ashamed to bow down every now and than to our Bettors in the Group
we do not fear the word
Lessor
I am a lessor in the group but I am learning and unlearning all the lies my parents and teachers and The Motherment have taught me
the Motherment that treats men and women like babies
and fears
a group that marries within their tribe
and wishes to raise their children Their way
Away from Yours

we do not fear the word "brainwash"
...as Gary Rainy said .."Would I have learned my multiplecation tables if I were not brainwashed into it

would I have learned the capitals of the states if some "Bettor" at the time had not "brainwashed me into it,if a teacher ,a Mentor did not force me .For My Own Good?
and supposedly i am all the better for it... I am..as are we all..

This "brainwashing, THEY speak of
this Mind Control ' some speak of
"I say Yes Sir...and let us learn how to DO IT Better
faster
and with as little inteference as possible
so we can all get away from those lousy multiplication tables
and go out and play!"


remembering all i did though

that morning I heard no words in my mind

"did you know ,"Gary Rainy said"that people before The Motherment and The Ruiners who gave all things names and words thousands and thousands of years ago
only did so to make people have this inner monologue that all but suppressed our natural instincts and automatic thoughts that ARE SUPPOSED TO BE SILENT
do you think a tiger or an lion wake up every day with words in their brains
if they did
do you think they could pounce
or attack
or "play" in the open spaces
Evan rainy had explained.

empty of thought.as if on pause.
as if
my mind has been stopped
I wait 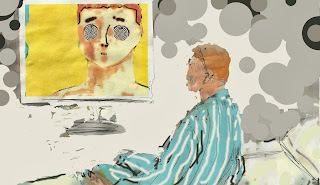 
I was told this would happen or could happen
and that
"gone is good, that gone," is what we GO For" 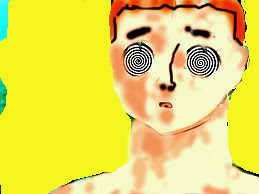