His Father
not used to being disturbed in his study instinctively threw a glass paperweight at the 'intruder' at the door.

the paperweight barely missed his son's left ear before exploding into shards upon impact with the oak door.

Evan rainy sat across from his father at his desk
suddenly Evan felt both younger and dumber than he did only minutes before.
Evan wondered if his father made him feel this way telepathically.
Evan wondered if his Father's "inway to the neural Enway" was making him squirm and stutter his concerns about prostitution and recently some dabbling in pornography to supplement The Neuronautic Movement.

Evan mentioned something about "a moral code"
and it was the first time Evan heard his Father laugh in perhaps a decade...

Evan ,without knowing why bowed his head

"chin up Evan.let me tell you something...
something nobody else but a few know..
Let me explain why we need all the capital we can get right now.Something The Great Entity explained to me years ago...."

and Gary Rainy spoke about "The Raindrops"

In his book ,"Life Beyond the Enway" Gary wrote of his Communion with a Celestial being
that could not only read his mind
but also enter his body
as if he were a mere puppet.

"this being ,this entity
could SEE through my eyes
HEAR through mt EARS
and send "Mind Movies"and Feelings the Entity thought I should experience in "my" now "our" consciousness." Gary wrote.

In the same book Gary explained that the Entity offered him a box ,which he opened filled to the brim with tiny
shiny "dots" that Gary from than on called "Raindrops"
And that these teeny tiny particles if
swallowed eaten or simply encountered by touch could cause either
Enlightenment
or 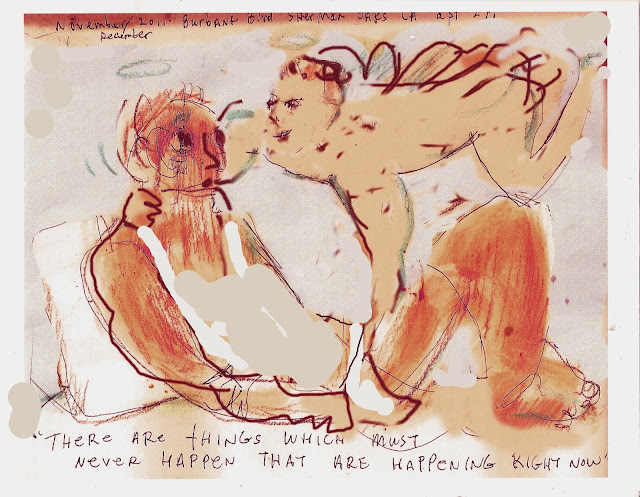 a Terror
beyond most human's understanding.

The raindrops
The Dots
or---

"What Ruiners call nanotechnology and  THEY must never ever, ever get their hands on it "