The Real" Lawnmower Men" of Riverside County / "Angels" in America"

Transhumanism (abbreviated as H+ or h+) is an international cultural and intellectual movement with an eventual goal of fundamentally transforming the human condition by developing and making widely available technologies to greatly enhance human intellectual, physical, and psychological capacities.[1] Transhumanist thinkers study the potential benefits and dangers of emerging technologies that could overcome fundamental human limitations, as well as the ethics of developing and using such technologies.[2] They speculate that human beings may eventually be able to transform themselves into beings with such greatly expanded abilities as to merit the label "posthuman".[1]
The contemporary meaning of the term transhumanism was foreshadowed by one of the first professors of futurology, FM-2030, who taught "new concepts of the Human" at The New School in the 1960s, when he began to identify people who adopt technologies, lifestyles and worldviews transitional to "posthumanity" as "transhuman".[3] This hypothesis would lay the intellectual groundwork for the British philosopher Max More to begin articulating the principles of transhumanism as a futurist philosophy in 1990, and organizing in California an intelligentsia that has since grown into the worldwide transhumanist movement.
Influenced by seminal works of science fiction , the transhumanist vision of a transformed future humanity has attracted many supporters and detractors from a wide range of perspectives.[3] Transhumanism has been characterized by one critic, Francis Fukuyama, as among the world's most dangerous ideas, to which Ronald Bailey countered that it is rather the "movement that epitomizes the most daring, courageous, imaginative, and idealistic aspirations of humanity". 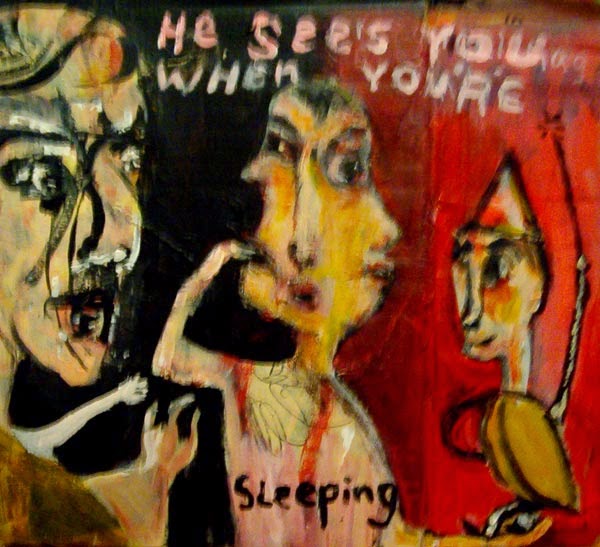 Targeted Individuals are people  who have been selected as participants i.e subjects by Project Coordinators in the Transhumanistic Movement for both research and development purposes and because non consensual Human Experimentation is both illegal and abhorrent to the public the TI (Targeted Individual) is often covertly harassed, abused, gang-stalked and spied upon 24/7 by organized groups of persons whose job it is to  control ,monitor , discredited and most of all intimidate  the participant  to "be quiet"about "it" ,often an impossibility  for the Participant who may in fact "be game" in the beginning but soon realize  many of the tests performed upon them  are about gaining neural data concerning  psychological  thresholds using purposefully intrusive Advanced Technologies (A.I. ,Brain Computer Interface and "Enhanced" Induced Perception) which inevitably lead to a TI (in spite of their "enhancements""and the initial "fun" of "it" to seek some degree of mediated legislation concerning the logically misunderstood peculiar and often unbelievable nature of said experiments by many in the medical field (both psychiatric and Neurological) as both  hallucinations and delusion)

There are several reasons why people become targets ( a messy divorce, child custody, unrequited love, whistle-blowing, revenge, differences in social, political, or religious beliefs, etc.)
for experimental reasons by the ***** or ***** agencies, usually, to test out how certain mind-augment (Psychotronics /Neurotronic techniques  work upon a diverse demographic of "brain signal"and Thought Style.

The main purpose of what is referred to as Gang Stalking  is to discredit and control targets and silence and minimize their claims .. Harassment and abuse is often set up by corporations and  businesses, who might be forced to use aspects and  perpetrators of  organized crime street gangs, right-wing extremists, doctors, dentists, lawyers, or anyone who stands a chance of making any money and other benefits of  helping keep a Target quiet .
Targeted Individuals are often also dosed with hallucinogenics and "street theater" based "Gaslighting " efforts to help keep the alibi of "crazy "in the minds of would be legal and legislative help the TI might seek.Often the TI is kept in a state of Stockholm Syndrome towards their Tele Presence Operators(who often begin "Disambiguation Protocol" as "love interest" also many TI's become "addicted" to the interface and the "novelty" of 5 Sense Immersive Reality upon their senses and sensibilities .Often the Advanced Technology of " realer than real "infers to a TI ( subject) IT is not technological in nature but Supernatural in origin, further making the TI reticent to "spill the beans" about their "Communion" for fear of punishment beyond "this realm" of reality.
Posted by vvvvv at 1:43 PM