I call my 2nd stepmother that morning from a western union.she tells me the facility called. Woken her up in fact ....
she tells me because I"ran away" she HAS to PAY out of pocket for the FULL FOUR DAYS 1200 dollars a day for -my Treatment"
the insurance won't pay for
"one" who leaves against medical advice and hasn't finished the program
...my premiums will now skyrocket...I ask her for a hundred dollars for a hotel ...and food..and she says she would rather cut off her own hand than give me a dime..

I sit along side of the main road.trying to look friendly but homeless at the same time so the few pedestrians walking by might give me some change.Once or twice I try to force myself to ask clearly,"sir can you spare some change " but the words come out a mutter..
I can't bring myself to do it.
It's not like I have anything to offer.
It's not like I'm selling anything  or offering Enlightenment at one of the local Annexes  or Life Evolvement through any book I have on hand by Gary Rainy..
I'm not dressed right .not even a tie..

I hear car hiking and see Vaughn and Matt in a beat up Dodge.
at first I think Matt has ,like "caught" Vaughn...but than I see the look on their faces .and realize
nobody's been caught but me .

I go to the car and start to try to open the back door.

"Nah,: Vaughn says ,"Get in the front.I want you to sit on my lap"
I get in the passenger side
and sit half against the now locked door and half on Vaughn's lap.
I feel something hard between Vaughn's legs ,not sure if it's a gun or Vaughn's-

From the dashboard Vaughn gets a Sharpie marker and holding my head tight he draws lines with the marker on my face ...first on the two sides of my mouth,than lines down the side s of my nose to my chin,saying "You want to tell everyone you're a puppet Dumbo? Well you might as well look like a puppet.

All the while Matt ,from the residential facility is watching ,eating ,sipping his soda..

They seem to care less that it is broad daylight
Vaughn even smiles at a cop going by.
Vaughn reaches in the back seat and grabs a dog collar .
first he attaches the collar to my neck than he attaches to it a small leash.
Vaughn sticks his hands up the back of my shirt and centers me on his lap....making sure I know exactly what the hard thing is between his legs.
Vaughn explains to Matt propping me up and down ,"that IT's the only thing that keeps Dumbo calm...You know what Matt? Vaughn says holding me still like a marionette ,"Dumbo here used to be a really cute kid/A Real Son of Gary Rainy ...know what we called him than? We called him Lollipop.
Matt starts to unbuckle his belt.
Vaughn sticks his fingers in my mouth,"Now look at him...Meth mouth ...Clients say they can feel his loose teeth on their "Entities"some in fact LIKE IT...

Matt sets up his phone to camera .
Vaughn turns on a small computer and places a headset on his skull and temples.

flicking the side of my mouth with his finger he says,"I wanna FEEL you chocking on IT"

Matt puts the camera on some base and directs it toward his crotch...Matt looks me in the eye ,with the same kind of look he gave me during my intake.
Matt holds up two of his hands,like I'm supposed to guess what's inside them,with no trace of his Australian /New Zealand accent he says,"Never .Let the right hand KNOW what the left one is doing.
a cult.a movie studio.,a lab somewhere. an investment, A MOVEMENT .Ruiner ,"he yells punching me in the face.

"Oh mmmmmmman .I felt that hit him again," Vaughn says ,I turn to see Vaughn's eyes closed ,,him gently rubbing the area on his face where I was hit.

"See if you can feel this " Matt says ,laughing pushing my neck ,my head, my drawn with markers mouth down on his "Entity"

I hear Matt say ,"Boy.....He really IS a Son of Gary Rainy..what they teach these
Brethren...?
Nobody Does it Better."

I feel and hear the Sharpie drawing something on the base of my neck..
when
'im done"
Vaughn smiles and hands my a full thought melting milkshake
and opens the car door...

I get out and start walking down the street when I feel a rock hit me..
and hear some young guys shout "Nazi pig" 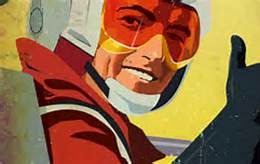