Since Evan Rainy broke one of the Key Rules in Tele-Presence* Operating several weeks ago
by
using "our " Safe Sight
Occipital Character
which indicated the various vicarious-ities interfaced betwixt myself and my Mandler
would
segue into "more consumer" related "states of play"
by altering our "safe sight "representation
of Mind to Mind correspondence
(" The Great Gazoo "voiced by Harvey Corman ..and Evan's parlayed "version" of H.Corman
as the "little green Martian"that appeared in the later episodes of Hanna Barbara's "The Flintstones(1960-1966)
by growing altering the visage of his "sent visualization"
to one of a man with his face removed
as Evan
believed I was spending far too much time placing gel upon my hair..

The Mentor's of my Mandlers
decided
that Evan would now have to represent himself in periods of "play and R and D based on the rather "thoughtless "Mundan-ities (standing in line in a grocery store, for instance) that Immersive Reality
is supposed to "fill with fantasy and "private' diversion via mutual 5 Sense Interface

as a blueberry Mini Wheat 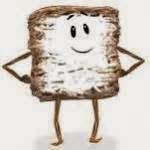 Evan is not happy about having to remain in this rather vapid
brain and grain..

I remind him through our interface that
it 's not my fuckin' fault "My Team" studies every fuckin thought and reaction I have to THIS MIND FUCK I never asked for..."

A Voice,not Evan Rainy's imparts
"hey I think WE ALL NEED a Time out..."

*Telepresence refers to a user interacting with another live, real place, and is distinct from virtual presence, where the user is given the impression of being in a simulated environment. Telepresence and virtual presence rely on similar user-interface equipment which continues to move from wearable computing to more discrete insertive means  ...The Perceptual and Cognitive Interaction can be done wirelessly and thus unperceivably as nanotechnology has all but done away with the dangers of previously invasive surgeries to add both transmitting and receiving biosensors to regions of the brain once inoperable for this New Form of Communication , the common feature that all of these Emergent technologies serve however is still based upon  relevant portions of the user's experience at some point in the process that are  transmitted as temporal and perceptual representations. The main functional difference is the entity on the other end: a real environment in the case of telepresence, vs. a computer in the case of immersive virtual reality.

Evan Imparts ,"Hey,it got you away from the mirror- you vain little ponce"

what's a -Ponce? I graph
usually sure to get
a definition
from "Ground Control"
in what they call a "Pack" of "Knowing"

but I hear and sense nothing
"go draw some of your sicko pictures...." The Mini wheat says

so maybe you can get us some spending money...
you're putting on weight
the "story" is getting ODD
even for you
-Trust me I might be a Mini Wheat but
your format ain't exactly winning you any New Upgrades brother-
Posted by vvvvv at 10:40 AM