Maxwell Maltz ,a highly successful plastic surgeon  Maltz popularised the term "self-image" to describe one's inner face.
In 1960 he published
Psycho-Cybernetics in which he introduced his analogy of the
brain as a cybernetic "servo-mechanism", like the computer on a guided missile,
designed to automatically find a path to the target (self-image) it is programmed with. 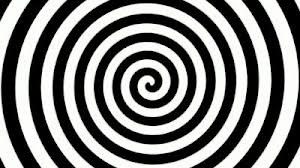 Cybernetics. in Greek cyber means -"to steer"
and is also used to describe
processes in electrical, mechanical or biological systems,
The theory evolved in large part
from guided missile technology. (Maltz)

Servo-Mechanism. (1960)
Refers to the "inner computer" combining memory search and
retrieval, creative thinking, problem solving, providing self-confidence, and many other functions and  selfhood based on directed  conscious, rational thought and  deliberate use of imagination fostered at times by automatic repetition of learned behaviour in congruence with/controlled and  guided  steersmanship

direct neural interface "re-parenting based on Dr Bandy's unorthodox 24-hour therapy which  involving control of "every aspect of a subject's/pateint's] physical, personal, social and sexual environments .Tru Christie,an ex-patient/proxy/"student of ***** co-opted the latest technology involving mind to mind interface to help others he thought might benefit from reparenting techniques both face to face and eventually "wirelessly"
Posted by vvvvv at 1:10 AM