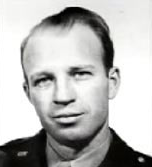 From Wikipedia, the free encyclopedia
Jump to: navigation, search
Frank Rudolph Olson (July 17, 1910 – November 28, 1953) was an American bacteriologist, biological warfare scientist, and Central Intelligence Agency (CIA) employee who worked at Camp Detrick (now Fort Detrick) in Maryland. In rural Maryland, he was covertly dosed with LSD by his CIA supervisor and, nine days later, plunged to his death from the window of a New York hotel room. Some — including the U.S. government — term his death a suicide, while others allege murder.[1]

Olson was born in Hurley, Iron County, Wisconsin and earned both B.S. and Ph.D. degrees (Biochemistry, 1938) at the University of Wisconsin. He worked for a time at Purdue University in West Lafayette, Indiana and then served as a captain in the U.S. Army Chemical Corps. As a civilian, he was recruited to Camp Detrick, and to the U.S. Army Biological Warfare Laboratories, by the distinguished UW scientist Ira Baldwin, the technical director there. (Baldwin had been his departmental advisor at UW.) At Camp Detrick, Baldwin worked with industrial partners like George W. Merck and the U.S. military, to establish the top secret U.S. bioweapons program beginning in 1943, a time when interest in applying modern technology to warfare was undergoing a boom. Olson's duties included experiments with aerosolized anthrax.[2] After 10 years, he was a senior bacteriologist at the program.[3] At some point, while assigned as a civilian U.S. Army contactor, Olson began working as a CIA employee with the CIA's Technical Services Staff (TSS), run by Sidney Gottlieb and his deputy Robert Lashbrook.[4] Some of his CIA colleagues were involved in the MKNAOMI-MKULTRA program, previously known as Project Artichoke and earlier, Project Bluebird. It was a program to explore the possible espionage and military uses of psychotropic drugs. The CIA justified the program, in part, as a countermeasure to the claimed Soviet effort to create a "Manchurian Candidate."
The author Ed Regis reports that the meeting at which Olson was dosed with LSD took place at Deep Creek Lake, Maryland:


Deep Creek Lake was three hours by car from Camp Detrick. On Wednesday morning, November 18, 1953, about a week before Thanksgiving, a group from the SO Division, including Vincent Ruwet, chief of the division, John Schwab, Frank Olson, Ben Wilson, Gerald Yonetz, and John Malinowski, drove out to the retreat... The Detrick group was met at the lodge by Sid Gottlieb, his deputy Robert Lashbrook, and a couple of others from the CIA....On the second day of the retreat, after dinner, Gottlieb spiked a bottle of Cointreau with a small quantity of a substance that he and his TSS colleagues privately referred to as "serunin" but which was in fact lysergic acid diethylamide, or LSD.[5]

According to the government's version of events, Olson subsequently suffered severe paranoia and a nervous breakdown. The CIA sent him to New York City to see one of their collaborating physicians, who recommended that Olson be placed into a mental institution for recovery. This all took place after Olson asked to quit the biowarfare program the week after the retreat:


Ruwet was surprised to see Olson at 7:30 in the morning, but asked him in. Olson told Ruwet that he was dissatisfied with his own performance at the retreat, that he was experiencing considerable self-doubts, and that in fact he had decided he would like to be out of the germ warfare business. He wanted to leave Camp Detrick and devote his life to something else.[6]

The CIA asked him to go to New York to meet with Harold Abramson, an allergist-pediatrician, who was collaborating with them on the research.[7]

The Hotel Pennsylvania, NYC (called the Hotel Statler in 1953).
The CIA claimed that on his last night in Manhattan, Olson purposely threw himself out of the window of his tenth-floor hotel room at the Hotel Statler, which he had been sharing with Lashbrook, dying shortly after impact.[3]

Although they told friends that Olson had suffered "a fatal nervous breakdown" which resulted in the fall,[8] Olson's family had no knowledge of the specific details surrounding the tragedy until the Rockefeller Commission uncovered some of the CIA's MKULTRA activities in 1975. That year, the government admitted that Olson had been dosed with LSD, without his knowledge, nine days before his death. After the family announced that they planned to sue the Agency over Olson's "wrongful death", the government offered them an out-of-court settlement of $750,000, which they accepted.[9]
In 1994, Eric Olson had his father's body exhumed to be buried with his mother. The family decided to have a second autopsy performed. The 1953 medical report done immediately after Dr. Olson's death indicated that there were cuts and abrasions on the body. Theories sparked about Olson having been assassinated by the CIA. When the second autopsy was performed by James Starrs, Professor of Law and Forensic Science at the George Washington University National Law Center, his team searched the body for any cuts and abrasions and found none. Starrs found a large hematoma on the left side of Olson's head and a large injury on his chest. Most of the team concluded that the blunt force trauma to the head and injury to the chest had not occurred during the fall, but most likely in the room before the fall. (One team member dissented.[10]) The evidence was called "rankly and starkly suggestive of homicide".[citation needed] In 1996, Eric approached the U.S. District Attorney in Manhattan, Robert Morgenthau, to see if his office would open a new investigation. Stephen Saracco and Daniel Bibb of the office's "cold case" unit collected preliminary information, including a deposition of Lashbrook, but concluded that there was no compelling case to send to a grand jury.[11] In 2001, Canadian historian and former politician Michael Ignatieff wrote an account of Eric's decades-long campaign to clear his father's name for The New York Times Magazine.[12] In 2009, independent writer-investigator H.P. Albarelli published a book, A Terrible Mistake,[13] which gathered data supportive of the murder allegations.
On November 28, 2012, sons Eric and Nils Olson filed suit in the US District Court in Washington, D.C.,[14] seeking unspecified compensatory damages as well as access to documents related to their father's death and other matters that they claimed the CIA had withheld from them.[15][16] The case was dismissed in July 2013, due in part to the 1976 settlement between the family and government.[17] In the decision dismissing the suit, U.S. District Judge James Boasberg wrote, "While the court must limit its analysis to the four corners of the complaint, the skeptical reader may wish to know that the public record supports many of the allegations [in the family's suit], farfetched as they may sound.”[18]
Posted by vvvvv at 10:32 AM