I spend one fourth of my income on buying people's memories*....

Only their worst ones, only things they would want nobody (not their husband, wife, psychiatrist, priest, rabbi)  to know.

their
humiliations ,quirks and secrets

instead of my own
I write in the various ads I post in newspapers and electronic listings in over 40 different countries
that for me to
PAY
the remembrances
must
conjure up
all aspects of induced memory
visual
aural
tactile
olfactory ..etc

AND THUS
NOT MY OWN
unpleasant
thoughts to another

All I insist on is that :
a. I only pay them only
their mise-en-scene is honest in it's integrity of
an event
one wishes NO ONE else to know

b. once I have studied the memory thoroughly I will destroy the tape and the in-depth written description of such

these bought
assemblages
of secrets ...and "WITH HOLDS"
are all I have in terms of BUFFER
.

I do not share
the reason I need to add and ADD memories that are not my own that are humiliating, personal, and disturbing enough
to
hide my own such
neural readings

first I wanted these memories
one would never tell a partner.
a priest.
a psychiatrist
only to feel less peculiar about my own such memories
and thoughts
soon enough I realized
I could USE OTHER"S
"withholds"
as
a shielding..
but only if
The Secret was Clear enough to be "read and reimagined" as Synaptic Sheet music
for
re- scoring
I began to realize it made no difference . if the memory was a  recollection of a male or female.
nor what tax bracket or social backround
"the giver of introspect
came from
.
I am "apped"
to an agency
that practices thought transcription
and I have no way to stop them

*half truths
of stories..
or be too scared to sleep..
but if I write this too much ...as a "tale"
this account 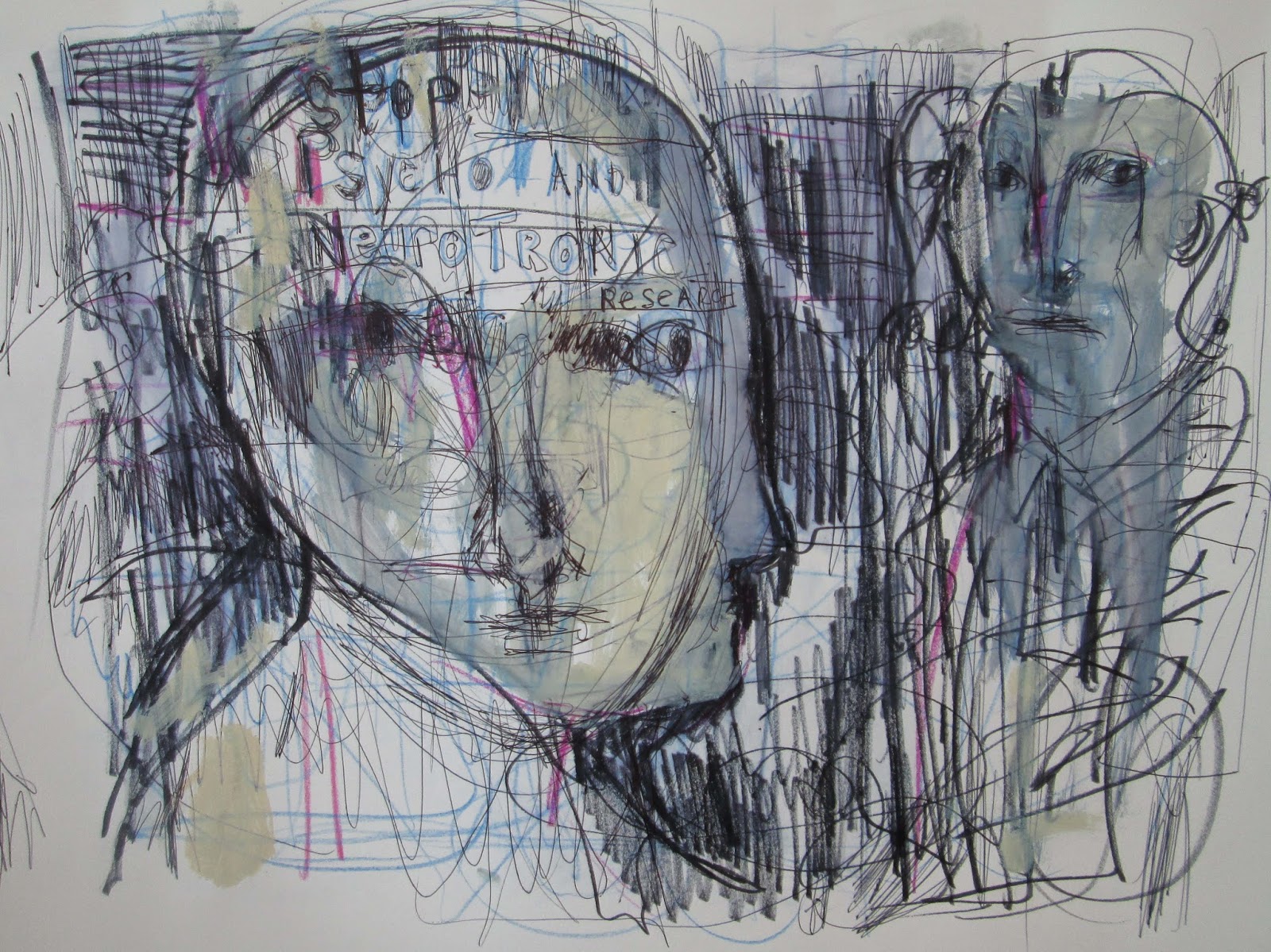 will just seem like...grist for the fire


and not the unholy terror that it is

if I were writing about
hallucinogenic tests conducting on unaware civilians in 1965
and this was 1968 or 1972
my account
or attempt to account or document
would read
very much as fiction or delusion..


all that I have written may at first seem
some "wannabe" something or other's
way of framing "his High Concept/Low Concept" jottings and ravings
in "the style of hand held" hollywood
to explain an ACCOUNT of what might come across as a man caught up in his own mental delusions..at first it seemed ...no.it was.

a safer way to go...but it occurred to me that

anyone who knowingly adds grist to the entertainment business(concerning A.I. and Brain Computer Interface) without including the right here right now true horrific acts being done against man with this product ...is as duplicitous as those who hired he or she to do so

the thought of trying to make fiction out of genuine atrocities being committed again innocent victims of these off grid tests .
would in many ways be akin to those who knowingly created false facades upon the physical plant of Auschwitz.
those who procured musicians of  Jews and Gypsies to strike up the band ..while their  brothers,wives and children marched to their deaths.
Hollywood does this with the lie that is Singularity
purposely.
Hollywood has acquired many bids from the Psychotronics and Artificial Reality Specialists...concerning Homeland Security
as Interfacing 'false reality,askew -ed senses of reality "besides being what Hollywood was after all created for.
It is what Hollywood's script writers are primarily needed for concerning using narrative to hurt another.
If one thinks about it..all insanity is ..all madness is..
is having a story..pictures ,sounds ,narrative in one's mind that is of such altered imbue he or she "stuck" with these narrative in their mind ...becomes terrified..trapped ..Those imbued with the  'virtual reality"  that IS madness.eventually de-compensate to the point they cannot take care of them selves ...some go so far as ending their life to escape the nightmare.
If Madness HAD a POINT a REASON for BEING it 's aim would be this.
If Synthetic Telepathy meant to be first and foremost WEAPON again enemies either within or outside of Homeland..
the PRIMARY goal of such endeavor would be to mimic and simulate mADNESS upon another

I might mask some of my narrative as "script" as "semi novel:..but my point ..in doing this is not to pervert the actuality of real human experiments with psychotronic weapons MEANT and TRILLIONS spend ONLY to alter a human organism's perceptions.

I will intentionally frame my  "story" in methods familiar to most people..
and "risk?" coming off as mad..
by trying to show the progressive nature of a slow kill operation
but do not think I seek to engage or titillate the reader..to
gain entre' in the motion picture  or publishing industry who's ONE focus (aside from many) is to package A.I. brain human interface an virtual reality as something it is NOT...
the notion ,for one that one needs to wear a mask ,goggles..etc to SEE or HEAR..is an affront to the general population's intelligence
but this is what happens when ONLY Intelligence agencies control covert advanced technologies

Hollywood ,who has amassed several lucrative bids from the military to create weapons ONLY focused on deviated ,con-vexing,destroying another
sense of reality via Neurotronic unseen imbue -straight to one's temporal lobe and cerebral cortex goes out of it's way to mask the technology into
'high octane" summer fair ...with just enough dystopian subtext (set in the near ,far future) to satisfy the more discriminant audience .

.this "gimmick' is already tread out.
yet many of these film makers were trying "to say something"
that many people in "the Industry of Mind Exploration"
do not want explained too thoroughly..
There is so much money in this relatively unknown
industry ...
that "reads"as science fiction...this industry is allowed to
stymie the public because
much of the research is "off grid"

the only inside TRAITORS besides those "in the know"
are
the folks
that they test it upon
look up the term Targeted Individuals
and see.
how many are typing for their lives.
typing either to end their lives.
or save them
we don't know.. 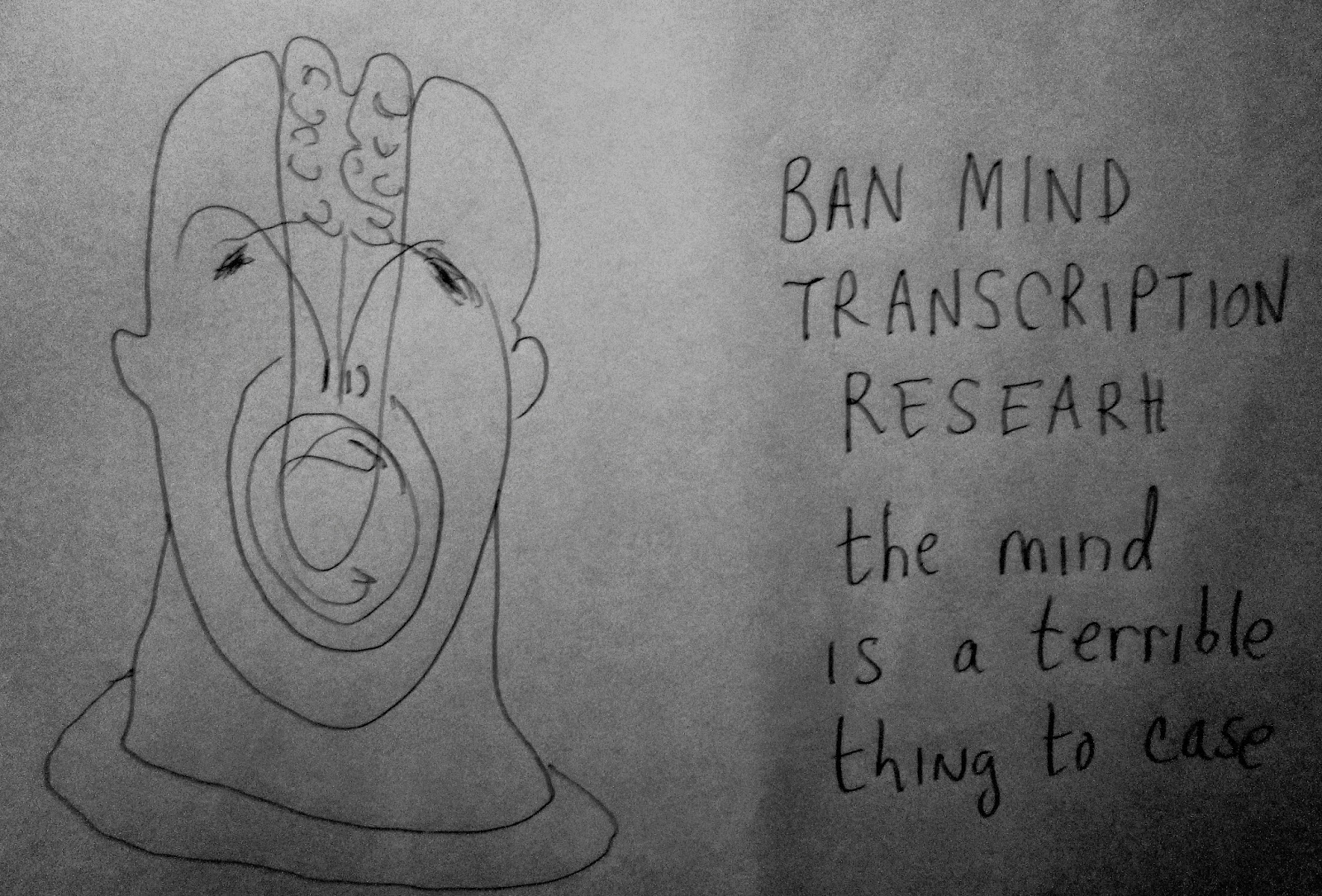 the tech is being developed first and foremost to hurt another

and
to practice
thresholds of
psychological brink
that inevitably
(and from their end "hopefully")
comes from
induced altered perceptions and cognitions...

yet the main thing that
causes
madness concerning Direct Neural interface
is not the induction of sound and image into one's mind
but
the Transcription of Thought
into words...
another can Hear ,read and record...

Artificial Intelligence and back and forth Brain Computer Interface  and Mutual Virtual Reality
begins (and ends) with
Mind Transcription(thoughts into words..broadcast either to a computer or another's "Mindset"

people forget about that..
when they discuss "what fun " it will be
meeting either fictitious or real "characters'
in
some castle
or "common place" 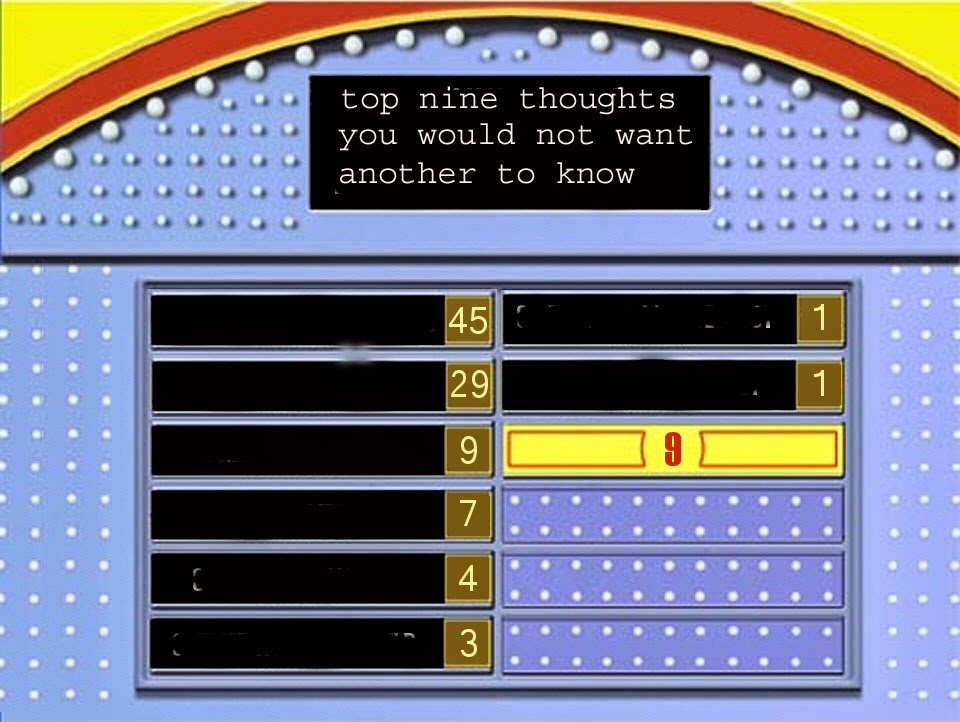 ...
just  as flat screens were invented
some 30 or more years ago

we
as a population

that we can remove

when it gets TOO SKEEVY
..

without wearable
gadgetry
that makes.
this tech as transparent as IT MUST BE
...
never mind advances in
biotech ...
has created bio sensors
smaller than a white blood cell

that  endless tests are being conducted in real time.on  real people.
all over the world..in ways perhaps you should only imagine as fictional


those" Targeted "to be tethered


the fear I feel does not come across.
there are no words

but I have nothing else