the powers that seize(intraneural intervention) 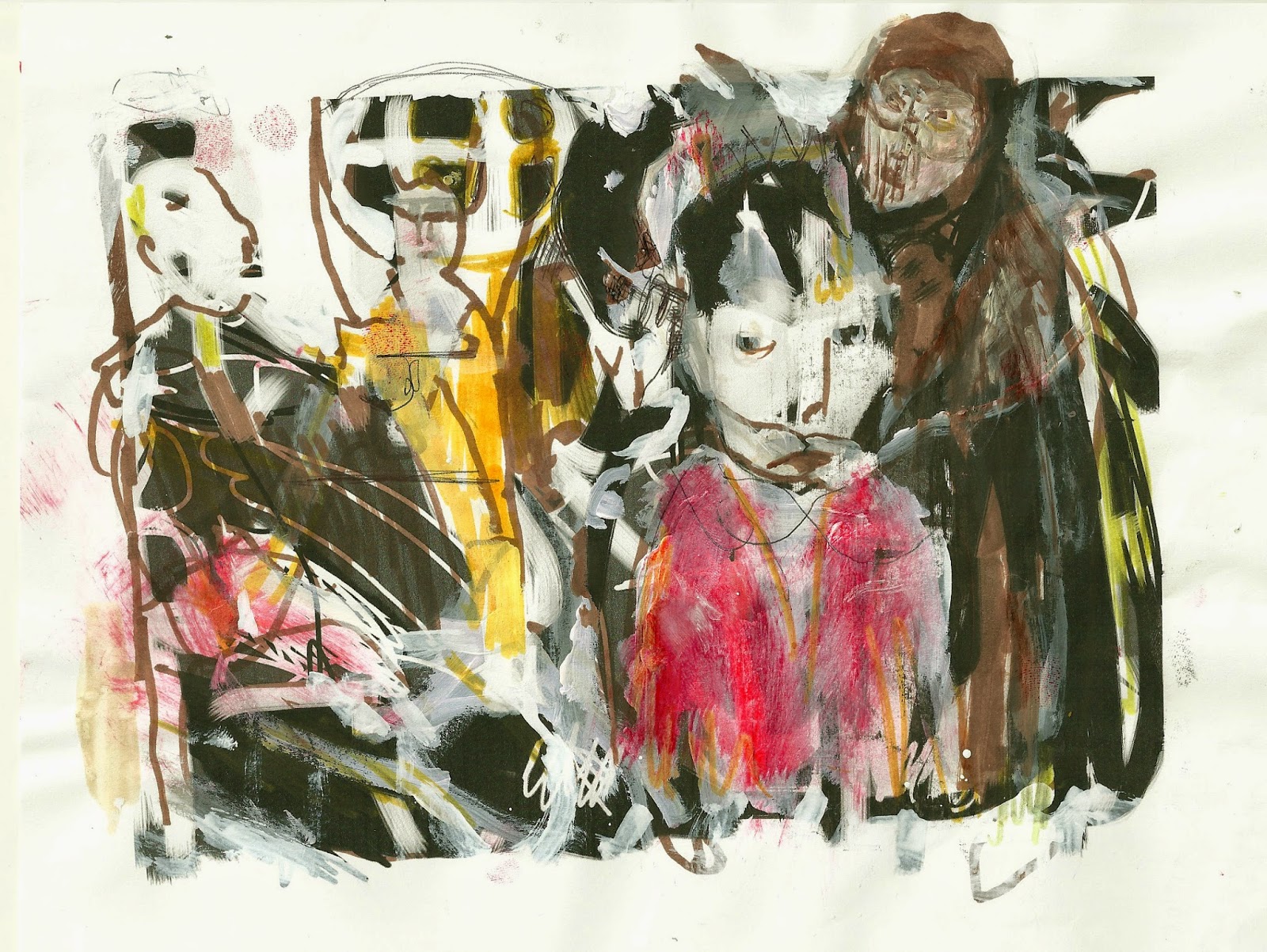 Evan Rainy sat on the edge of the desk.
It was an informal meeting.or had been set up to appear that way.
Only 150 people .
Trainees ,part of the "Neuronautics"family that believed in the Science -ideology of things rather than the "Sentiment-ologies of G-d
Trainees,who would become Neuronauts
Cameras were placed in obvious places around the room.
It was the only obvious recording device displayed
prior to the meeting of potential Neuronautic Representative Candidates,those that would present neuro insert devices,neural gathering headsets and Impart corrective neural output programs shore to shore to brand and non brand companies in and out of the public sector a new microwave technology that could both collect neural brain waves AND Impart such without any insertion devices whatsoever was being tested .This no-tell technology whose only drawback was that the person or persons being read and read to had to be within 4 miles of the portable transmission ,really a souped up fMRI machine that had recently become part of The New Way now that enough subjects had been cross referenced to help the high speed computers decode the mind's unique pulsation ,which over the past 4000 years had been trained to “think” in words .. as this was a candidacy program for selling methodology and patented equipment the computers were calibrated this afternoon to forego intellectual property and focus on intent and causation..for there were always a few “moles' from proxy cyber at these gatherings. 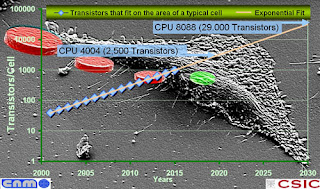 “Now suppose,”Evan said,”for a moment that there was a technology that could decode your thoughts.A technology that deciphers the private interior monologue ,that deciphers someone's hopes,dreams ,fears,triggers,and secrets.Look at the person next to you,look into their eyes..I've been told that the eyes are the windows to one;s soul...but tell me..what do you see,what soul do you see looking into that person next to you's eyes.Nothing.You see if they have blue eyes ,or almond colored eyes,or hazel eyes..unless we have a bona fide psychic here I doubt very much anyone is seeing any windows into someone's soul.
Evan stands up
and moves to the podium,he rubs his hands together,and pauses ..as if just now remembering the story he has told over 7 times this week.
“when I was in my early 20'S. I worked at a large company.
We sold window blinds.
My father ,maybe you've heard of him is gary rainy,the man who began the Neuronautics movement in the mid 1960's,
I was raised on Neuronautics and I will raise my children as such..
but my father didn't want me riding on his coat tails..he told me to “go forth “and make my own way
and than and only than decide if “The New way” was my way
so away I went
into the “real world”
and worked for a boss in window blind company .
The boss wore funny shoes.
Nurse's shoes.
I assume he had trouble with his feet and women;s nursing shoes were the only shoes he was comfortable in.
Every day one would hear something or other,some kind of joke or insinuation about The Boss's funny shoes
One day I had enough.And began keeping a small notebook on my person to begin keeping an account of all those people who spoke behind his back of his “funny shoes”
At the chrismas party I told the boss that I had a gift for him
I gave him the list of people who over the previous 5 months I had heard laughing at the man who paid their salries,kept food on their tables and a roof over their heads.
He thanked me for the gift by proptly firing all those on the list that very day.
And do you kn ow what
do you know what a pleasure it was to return to work the following week and not be around
such negative influence?

Linda N observed the minute changes in brain wave activity of the 150 potential sales representatives to the word “betrayal.”
For a moment Linda's eyes locked on Evan's
she held up four fingers on here left hand as there appeared to be 4 individuals in the group whose neurals reacted in a diplaced manner 0.7 seconds after the word was uttered.
She would ask Nikoli to work the buffet table and make sure these 4 potential Ruiners were given “digestables”
The digestible nano traveled on a virus strand that would linger around the small intestines until imbedding itself securely into the Ruiner's frontal lobe, and in a week's time “a dent” could be put into the Mentor's task of decoding their thoughts.

Later she would decide if “the Face Dances” nano should be added to the read.

billions of pinhole sized nano filaments
that could swarm together to alter a Ruiner's appearance at the touch of a few buttons.
The Cosmetic surgery that came and went

was also what helped train or reign in those going through The Process like a bit does a horse
also looking in the mirror to often all but spoiled the illusion of being inside the mind and body of
both mentors and watchers during interface
and good looks
also served as a primal reward .
As bad looks served as punishment

so it was Fieger's job to teach Nicky to show some respect
Figer was loaned a  top screenwriter on loan from United Artist's for the Neural overlay which began with a sift
through Nikoli's previous scans
once  rife with material for even an inexperienced Muralist
but by than
one had to sit through   endless  hours of “what's going on,what's happening to me "neural whining and passive fleeting resitance (thus Linda supposed the "candy problem), to find a gold mind in a stray thought  or assumption that could be parlayed into a theme.. thank goodness for a loose thought during Face Dances where ,upon seeing his face "morph" tempoaraily in the mirror  made Nikoli ponder that he was a projected hologram,not real anymore at all,with this thought ,this wonderful grain of an idea already in Nikoli's sometimes handsome head , it wasn't a stretch ,if one knew what one was doing to push the notion further..
“ YOU ARE A HOLOGRAM NIKOLI!.Fieger Imparted directly into Nikoli's temporal lobe "WE SHALL KEEP YOU ALIVE FOREVER.WE ARE DEVELOPING PAIN THRESHOLD NEURALITIES THAT WILL MAKE YOUR CAPTURED SOUL FEEL PAIN AND THINK YOUR HOLOGRAPHIC BODY IS REAL
Linda was on headset and literally began ROFL
Oh what THEY fell for
it never ceased to amaze her.
But than again nobody had ever overridden her hippo campus with United Artist  enhanced overlays of
of horror show intraneural
yet it did get Nicky to lay off the extra carbs
so many dates at the time
and after what they refered to as " Hologram Man" night
he lost "the little belly" that so dipleased "the patrons" at Parasol Pictures

Oh poor Nikoli
running down the street ,holding his head like it was on fire ,screaming and screaming
telling the ER Dr.”no I didn't take any PCP.I was made into a hologram by Parasol Pictures"
"sure you were ,sure you were ,the Dr said
right before they shoving   his than puny arm up with  enough Haldol to park a Blue Elephant.

the Gang had tried a similar intraneural  "intervention" concerning holograms on a young coke head  actor on a popular FX series but the poor lad had ended up killing his landlady and  jumping from his rooftop
Why so serious indeed ..


Evan was just finishing his "now why did I just take my shirt off "routine ..and was now in a bare chested except for a dark blue suit vest,and in Linda's opinion could use a few hologram man dreams himself to lay off the late night snacks...

Those people I had put on my list ,the one's who laughed at the bosses "funny shoes"were not just mocking their employer,but they were mocking the neural atmosphere or as my father calls it ,The Enway itself.The Enway which was the very air arounnd me that breathe din ,that i took into  my very being  for that 14 monthes I worked at the window blind factory.Neuronautics teaches us that one puts their negative sensations ,their neural rot.their ENROTIC TENDANCIES into the actual atmosphere.Not metaphorically but literally.And becomes this ENROT goes into the ENWAY it matters not a hinky dinky if one compensates for their "badness" by presenting in such a fashioin that masks such dubious interiors.....
Posted by vvvvv at 1:21 PM