don't even LOOK at the Juice!

Evan explains
that
delusions such as

a
an intervention
and that
contrary to popular lore...

even Neuronauts....would not "go that far"

Yet
you all raise your kids......
to "mind walk" like
Gary Rainy did....to soar to heights beyond
beyond and beyondest

"i think someone better go for smoke..." Evan says

"i think someone.
SOME RUINER
amongst us

had better
THINK before he types....

and I feel the pain

my Mentor
delivers....
to make
me 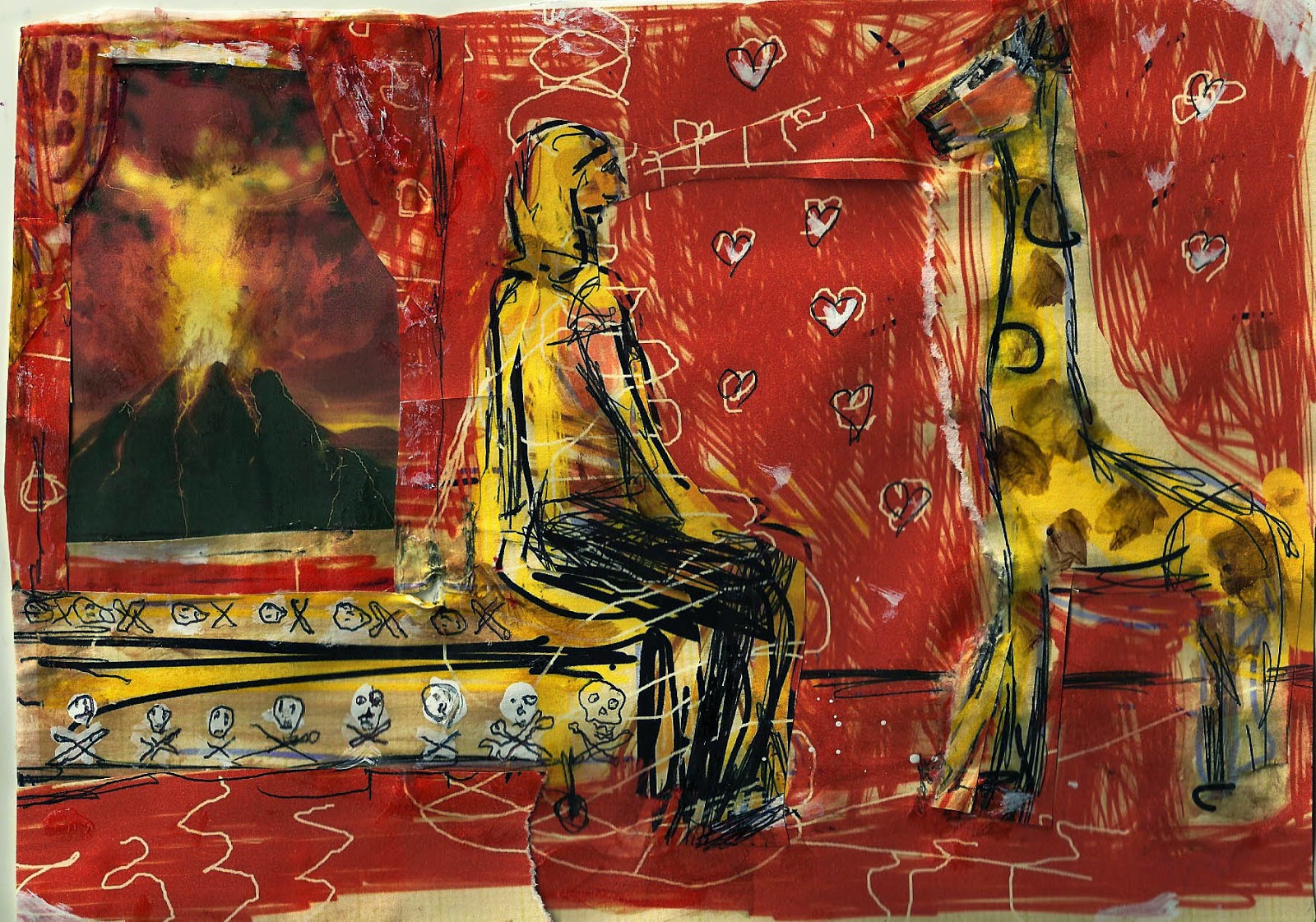 the meetings  gave Vic purpose.
direction
she had been so grateful.as had he.it was the only thing that had got him off pills.out of himself.
so many bad things had happened in so little time ,to him,to both of them,the motorcycle accident,the death of his mother
in hospitals than bed for close to a year   he had lost most of his old friends.
the pain in his leg had turned his personality clipped and inward
.The Group was a god send
he had friends now.all clean all sober ,all positive
protective
Vic carried around  his copy  of Enways like a bible
even crafting a clear book jacket for it
someone had told him that although the book was of course inert everything,every symbol ,every gesture.every sentiment meant something
he never used the word Holy
but the reverence he felt toward his mentors in Higher Function
could not be described as anything else.
the money he spent on classes toward Higher Function were reasonable
and Kathy did not mind making concessions


there was a party when Vic finished and passed the Measured Learning courses
she was used to some of the "gang"all friendly and accommodating,except Vic's rather stand offish mentor  Bob who had an odd way of shaking hands for a little too long and what katy believed was intentionally  off putting eye contact
upon their first meeting
he whispered,still not letting go of her hand,"you've got the look"
Kathy glanced around ,pulling back her hand to see if Vic had noticed this rather strange directness
smiling ,she excused herself to the kitchen to get more snacks
most in the group did not drink,believing any mind altering substance inhibited spiritual growth
Bob ,who most called "the tire" for reasons Kathy didn't understand joined her in the kitchen.Avoiding purposely her "do you mind" look.Purposely he stood too close as she mixed a bag of pretzels with potato chips
"tonight .when you dream I want you to think of a giraffe"
"how could I not Bob"she said referring to the giant poster that Vic was told to hang in the bedroom  to help with his visualizations.
The poster was sacred enough to cost Vic 150.000$
A simple rendering of a giraffe Kathy argued they could have printed out themselves at the Kinko's
"but it wouldn't have the logo on it.And it wouldn't be approved"
"approved for what"
Vic smiled ,a "secret" smile he had acquired in the last months of Measured Learning.A smile that said i know Things you don't .
Bob moved around the kitchen looking at random objects,reading cereal boxes.
Kathy wondered  briefly if he was going to try to make a move but that wasn't really the vibe he was giving off.
Out of nowhere Bob "the tire" started laughing
"and she couldn't quite put her finger on it,although "she's got the look"he said leaving the kitchen
That night as Vic lay snoring next to her Kathy stared at the 150$ giraffe over the TV
and forced herself to think of any other animal but it.Frogs,pigs,fish.
anything but giraffes

Vic was now ready for the Higher Function workload
and work load it was
hours of reading
he needed more and more time alone he said
when Kathy mentioned the expense of HF Vic glared through her
telling her she had no idea ,no idea what so ever
there seemed to be something darker .more serious about his gaze

she pictured them all putting on strange red hats .a fez.or maybe capes of some kind at these meetings
that was as far as she had ever gotten.They didn't drink.Or play cards.It was not or no longer was a confessional or therapy

she had watched him sit for hours.in the dark.staring at a full glass of orange juice
he had one of his fingers at temple ,his head slightly toward the left.both feet rigidly apart.His other hand loosely grasping his ragged copy of Into the Enway
when she asked what he was doing
he waved her away

his fixation on the juice induced her to approach the juice herself as if it held magical properties.
"get away from it!" he yelled."you're messing it up!" he yelled
"it's a glass of orange juice Vic!"
"i was doing something to it" he said getting up from the chair making a move for the door
"you ruin everything ." he said slamming it

alone in the room,still shaken from the exchange she dropped the cell phone when it rang,It was Vic,calling to apologize she assumed
"don't touch the juice "he said "do you understand?"
She looked at the juice.And than she heard a rapping on the window ,Vic had his face pressed up to it
"don't even LOOK at the juice .You'll ruin it."
not knowing what to do .not quite knowing whether to laugh or cry she pulled on her jacket,grabbed her car keys .

she drove to a bookstore and picked up a copy of Enways
next to another store where she bought a glass and a container of orange juice
not wanting to go home she checked herself into a nearby motel
and set up the glass as Vic did,positioning the chair and herself across from it
She laughed,picturing someone looking in at her.from the outside.
was she supposed to be confrontational with the juice.or pleading.
did she want the glass to move or did she want the juice to somehow empty itself
she skimmed through Enways as she remembered doing once before when she was a girl.When there were advertisements for it on the TV.There was nothing whatsoever about juice or glasses.or Giraffes
but maybe Enways was an introduction to Higher Function
she laughed to herself.and made a move to drink the damn juice when her phone buzzed
it was a text.
from Bob
it's about first of all not feeling silly doing it at all
as if in a film she looked around the motel room for cameras
wondering how on earth this "bob 'the tire"knew where she was or what she was doing
you got the look her phone responded in kind
She dialed the number which Bob picked up before even the first ring went through
"it's not good to talk on the phone," he said,"I will meet you."

they met at a service station nearby
"some people can do it ,some can't. Vic can't.He never will.It's genetic .Or something The ones who can't pay for the ones who can.They get discipline out of it,they get "self help" they get it together.Do you understand.But there are some.Like you.I saw it ,Felt it the moment I met you that it's all about.Do you understand?"He held up a small pouch of silvery powder.in a plasticine bag"
"i don't do drugs"she said as he placed the bag in her hand
Handing it back she noticed there was a tear in the bag which had gotten trace amounts on her palm,which she began wiping on her shirt when bob stopped her.
"don't rub it in,it'll be too much.On your first go: he removed a tissue from his pocket and gently  feathered the reminding residue from her hand.
Confused,angry she walked back to her car.Not sure whether to drive back to the hotel or home.
"I will be with you,have no fear.Do you understand.No Fear"

surrounded by crazy.
surrounded by crazy she fumed driving back to the motel.Once inside she flung the glass of juice against the wall and laid down on the bed
next to the baby giraffe which nuzzled her cheek
is this OK she "heard " Bob say
does it matter if it isn't?she "said"
it's not good to talk on the phone

THEY wanted something else....

it would bring the end

and it would bring
the Beginning