Norbert Wiener ,the father of Cybernetics  states in his book that the first tests with remote controlled brain research took place at Princeton’s University 1942. The new technology was established with brain implants, radio communication and super computers. Other terms like man-machine interaction, brain-computer interface, biotelemetry or  behavior technology are also used. The most well-known hospital in Sweden, the Karolinska Hospital in Stockholm  began in 1946  to push electrodes into unwitting anaesthetized patients during operations without their consent or knowledge.


1975
Dr. José Delgado explains some  technical miracles in a research report entitled: Two-way transdermal communication with the brain: “Communication from the brain to a computer and back to the brain, for the establishment of artificial intracerebral links and feed-back circuits...Clinical application to human of ´on-demand´ programs of stimulation, triggered by predetermined electrical pattern...Long-term electrical stimulation of the brain to influence autonomic, somatic, and behavior responses or to provide information directly to the brain circumventing normal sensory receptors.”


1993
.".. these invisible devises  can interfere with any brain or biological functions  these  wireless transmissions invisible can have  the capacity via satellite systems to manipulate biology and change the mood of a whole population. "-*** 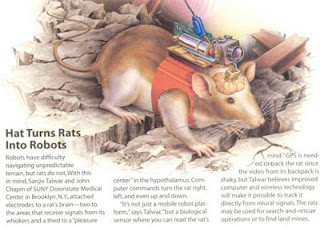 2001
****** speaks of a device capable of  directing a source of energy (including molecular or atomic energy, subatomic particle beams, electro-magnetic radiation, plasma, or extremely low frequency (ELF) or ultra low frequency (ULF) energy radiation  to alter another's biological or brain based health,,an unseen directed energy that is capable of inflicting death or injury on, or damaging or destroying, a person's bodily health, mental health, or physical and economic well-being ” And If he is a risk of the project or of any other reason is an enemy, he has to go through behavior changes in the brain systems. "
2011

In Sweden the  research institution FOI states in their annual report for 2011 that their objective is to direct the cognitive functions (thoughts, reason etc) of people for the lifetime and they add that they have advanced methods to change the behavior of individuals. This is not for some few people but more for the entire population. Biochips are mixed up by medicines and injected at hospitals. . This has been taken up by the European Group of Ethics with the Swedish Professor Goran Hermerén in a declaration delivered to the EU-commission, March 16, 2005. In that they mention that we stand at a crossroads of a technology which can be a paradise or slavery, and that this must come up to the knowledge of the citizens. “Brain-computer interface or direct brain control: the technologies involved above are communication technologies: they take information from the brain and externalize it. The Swedish Defence Research Institution FOI declares in their annual report of 2011: “HUMAN-SYSTEM-INTERACTION – FOI’s Department for HSI conducts research and development of methods for valuing and developing the relationship between man, machine and system. These systems are intended for the entire population and the same development is going on all around the world.
Brain-systems can be used for everyone’s advantage - artificial intelligence, control of brain waves, external knowledge, memory banks, health care and virtual realities 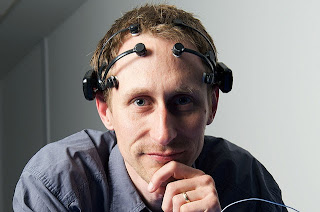 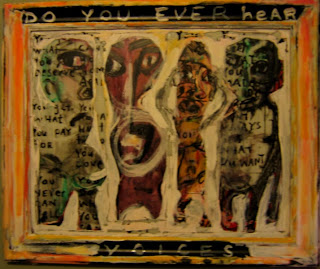 my eyes have black circles under them
my teeth..look like cigarette tips.

i look sickly
i look like I don't care
about myself or what you think of me
do I
no.

but it's different with intraneural interface and the neural monitoring to readjust me ...for "this is not a bad thing Dumbo..you presume it is bad because YOU are bad...THIS is making you GOOD...and if you refute "The Process" further it is a suggestion that I convalesce and seek further guidance have demanded i either in a mental hospital or perhaps spare us all your ingratitude by kill yourself..as i am now also not only "bad" but potentially "Bad PR" for Dome Proxy Cyber...i am "bad.And Bad for Business"


I"ve been hospitalized before nano..
in fact this fact made me a perfect candidate
and perhaps
keeps me alive right now
as my noted and documented "History of Cry-lence"
also protects the fact that I am writing about genuine "odd" happenings going on around us
and they are "luckily" taken as the fictional ravings of a certified lunatic.

Yes.
I've been of questionable sanity before being Domed by Dome proxy Cyber.
Hospitalization
was
some thing we did in our family
to stepfathers who drank or "hit" too much..or potheads or mealy mouthed mother fuckers who dropped out of college to paint little pictures.
my people
were send people away people
we weren't from Boston or rich so it wasn't ..a n eccentric "thing' one's family just "did"

because someone was feeling growly
or "in the middle"
no

it was done because no body
knew what to do
with
"altered states" that didn't go with
"way "
There were no cottages.or summer homes or kind Aunts or Uncles who lived "on the Lake" who knew "just how to deal.With this .sort .of .thing 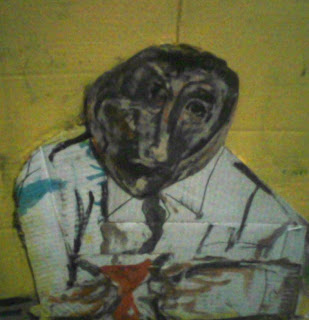