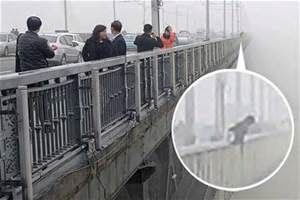 Silent Sound Spread Spectrum (SSSS) that has been fully operational since the early 1990s. This technology was used against battle-hardened Iraqi troops fortified in deep underground bunkers in Kuwait and Iraq in the first Gulf War in January of 1991.

The physical, emotional, and psychological effects of this technology were so severe that hundreds of thousands of Iraqi troops surrendered en masse without firing even a single shot against US led coalition forces. The numbers reported in the news were staggering: 75,000 and then another 125,000 (or more) Iraqi troops would come out of their deep desert bunkers waving white flags and falling to their knees before approaching US troops and literally kiss their captor's boots or hands if given the opportunity.

Why would eight year veterans of Middle Eastern warfare (with Iran 1980-1988) behave this way? Simple. They were subjected to a technology that was so extreme and incomprehensible that they were suddenly reduced to the level of compliant children and felt grateful to still be alive in the wake of their mind-wrenching experience. Might not this technology also be used "in house" to get rid of unwanted or un-necessary "baggage"?

incomprehensible...isn't  it...and me the shmuck sitting here chain smoking popping Stelazines for the Magical Voices and Neural Castration done by some FANTASTICAL THING like microwaves. Some magical thing like directed energy ...I even heard bout some stuff called X rays and Beams MAN...like one day a tv will be able to turn off with a touch of a button...NO SHIT YOU SAY...yeah I be cwazy better take anotha" pill bayyybee.

....hearing what can not be seen ...seeing what If I told ya...you wouldn't believe me..years of this ....years....and for what ..at first one has sense that they're important....you're under someone else's thumb 24/7...you feel there's a reason...they keep at you keep you going....keep you confused...you start wondering thoug..and you remember those movies you've seen...when you find out in the end...OH it's not THEM they want ...it's you...you're some patsy...some fucking dupe....you look back at your life and now see the set up...the folks that drifted in and out of your life...saying  such odd things....you get so weary ...so desperate for some kind of SOURCE ..or reason...or whom,,,,you look at your whole life ....like delusion...but the only thing not delusional is "fuck...this is how they DO IT these days..in the 60's they did it one way ...the 70's another///and by the good old 80s we stopped thinking that anything bad could happen....that we could say what we wanted....that there were no wars no ...*** listening in...than BOOM...and there it went...like it was ready though. Primed.... after that boom A whole New world...if you only fuckin Knew what this NEW ness meant you'd be screaming like I was  ...runnin down the street....hands in my ears crying like a baby..crying cuz I was terrified...maybe you saw me....I know they did...it's after all their job...
and This
this shitty ....blog...I suppose became mine.
but if I keep going...what? do I start typing about Jesse ventura....and HAARP and GWEN Towers....do I bury myself under so much ....so much...that one day even this..this inept account...falls in on itself...
but isn't that ...just ..
how it works..


There has been a Signals Intelligence network in the **** since the 1940's.  two-way wireless RNM system which is used to track subjects and non-invasively monitor audiovisual information in their brain. This is all done with no physical contact with the subject. RNM is the ultimate method of surveillance and domestic intelligence. Speech and 3D sound, and subliminal audio can be sent to the auditory cortex of the subject's brain (bypassing the ears) and images can be sent into the visual cortex. RNM can alter a subject's perceptions, moods and motor control.
Speech cortex/auditory cortex link has become the ultimate communications system for the intelligence community. RNM allows for a complete audiovisual brain-to-computer link.
***can remotely detect, identify and monitor a person's bioelectric fields.
The ****** has the proprietary ability to remotely and non-invasively monitor information in the human brain by digitally decoding the evoked potentials in the 30-50 Hz 5 milliwatt electro-magnetic emissions from the brain.
Neuronal activity in the brain creates a shifting electrical pattern that has a shifting magnetic flux. This magnetic flux puts out a constant 30-50 Hz 5 milliwatt electromagnetic (EMF) wave. Contained in the electromagnetic emission from the brain are patterns called "evoked potentials."
Every thought, reaction, motor command, auditory event, and visual image in the brain has a corresponding "evoked potential" or net of "evoked potentials". The EMF emission from the brain can be decoded into the current thoughts, images and sounds in the subject's brain.