2pm-
the nano particles in the Compo Cola(on sale at the PayRite on Charles Avenue) one millionth or so the size of a single  carbonated "bubble"in the soda that slid down Emory's throat into his esophagus into Emory's 11 year old stomach joining the 3 or so McNuggets,20 or so Skittles to begin the arduous task of being broken down in what would have to pass for nutrition for the day and often did for many in the 30 block radius around the only supermarket  "in this neck of "the hood" that Compo Cola had decided was a notable and "subjectable" demographic for a widescale Brain Mapping exercise for Both Comp Cola's marketing division (and various other agencies with it's own interests in   Cyber Proxy's "brain encoding " via nano findings) Compo Cola however was the primary sponsor of this specific "Pop-rative " concerning "what was on the mind and in the mind of the consumer of this particular brand of soft drink.Compo Cola's sales were down especially amongst the 7 to 12 year old market that Comp Cola sought especially in the inner city neighborhoods ,which was Compo's target audience.

A contact at Proxy Cy who had discovered from previous brain mapping techniques which certain agencies had begun outsourcing to various private agencies for the mutual benefit of practicing these advanced "grid" "off the grid" Advanced technologies by selectively parceling out the "experiemental " mind reading equipment to help all concerned .For rather obvious reasons, the induction of nano chips into unknowing ,unconsenting persons was to be "on the down low" and discretion was of utmost importance if Compo Cola agreed to both partially finance and participate in this "exciting new means " of neural collection perhaps 15 years ahead of it's time,as once a 'consumer" drank the specially doused soft drinks Proxy Cy offered free of charge an "in house"Neural Encoding Team of specialist in the field ( specifically Science-ideology minded Neuronautics schooled "mentors" ) Proxy Cy swayed relunctant stockholders at Compo Cola by mentioning that many Tv and Hollywood studios were also privy to ProxyCy's Mind Augment Systems well in advance of the "masses" foreknowledge that Immersive Reality techniques that could completely commandeer another's 5 senses by nano particle "over ride" was already here for those brave enough to "jump in" to the "grey area" of the New Way of  remote "covert" Brain Computer Interface and the gentle persuasive techniques of Mind Augment on "subjects" who are really Urban Astronauts ,Yes pioneers of these adventures in modern recording..at least those who drank the soda pop that contained "the golden ticket",the "spiked"cans of soft drink for this privatized study of specific "types" of thought process which in the near future would help not only Compo Cola more selectively present their product but help other interested parties also interested in "exactly what was on one's mind" at any given time.

The millions of nano particles competed with the Mcnuggets and Skittles for the bile and peptic acids whose job was to break the food and other injected substances such as dust and debris into a 'format" that would  help the system thrive by either disposing of the injeted material or incorporating it as vital nutrients to sustain life.The Mcnuggets and Skittles moved with the nano particles through the hollows of the digestive tract into the small intestine,,the salbutanol and sulphate coated nano particle masked the intentions of their usefulness to the system ,the positive surface charge and inotropic gelatin of it's chitsan based polymers confusing the mucosal epithelian membranes into perceiving the particles as vital nutrients* to be absorbed and dispersed through Emory's bloodstream,with the help of a now initiated "remote" bio sensor that steered the swarm of particles toward Emory's blood brain barrier,where the nano temporarily stalled ,as the blood- brain barrier was purposely “dubious” of intrusion of any sort but “no worries” as the “camouflaged” nano was designed to trick the gatekeeping function into” safe passage “ although the nano particles were somewhat larger (as they contained 250 components for seamless wireless communication) than the white blood cell they were patterned to be taken for ,the minor misunderstanding of their form and function ,as usual somewhat stalling the “chips” "Fantastic Voyage"
that would soon link Emory to a person-ed or non- person-ed interface with another... 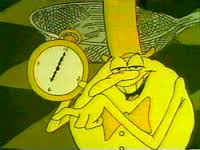