my art has stopped selling..might be what i write...this documentation . 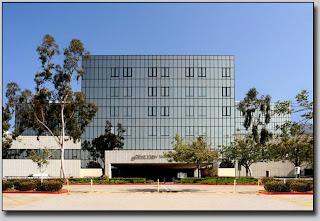 and it occurs to me that a typical; reader who does not understand or believe in mind to mind interface might think that when i write of  the thins Evan rainy or Valerie prentice and Tru Christie say.
graph
interface
that it is I not the mentors
who think and believe these things.

me who has gone out on a limb in danger of broken limbs on that limb
trying with what is left mind to intercept bits of un-buffered "transmission"
if it make you understand the way it works
simply think of me a madman who has be chosen by the prophets.to Paul Revere my gleanings to you.
yet i do not know of any prophets
at least that i have ever read of who against some much humanity
which HE ..or the prophets sent that He supposedly created

if one were to believe other wise
that some kind of magical technology can fool one into believing
the former not the latter.
you too if you were caught in a forced interface with such a being
like myself
would shout ,"No.Stop.Please>>" though shouting means little when speaking mind to mind
and so i find does interfacing "no..stop...please please LET ME Go!

i do not feel g-d has much to do with these proceedings..
as word on high states g-d made Man in his image
and the very purpose of
The New Way is to reformat man and women into THEIR image
their way of thing and being..
when Gary rainy speaks of the Other Entity he makes no mention of g-d
simply the advanced entity that gave Gary the OK to begin..
testing
and
separating
those that are With Us and Those That are Against us.

never mind that i myself .I Devon Dywer (aka Dumbo ) a commercial artist.
Sunday painter dabbler in fine art..
find The New Way ung-dly and unholy
what jews ,as i am would call a Dybbuk,a ghost.
but this ghost is in the machine
and now has been let out..
but still few people know,,

as the articles on "this" are decades old .the advancements by Duke university and MIT clearly made in a bubble..
years behind ,and thus really wasting time ..as their merits and innovations are the things the Real Movers and Shakers (in the grey zone) of the "do anything you want ,just don't get caught" set.
the Team.of Pioneers.
my mentors.My captors

i realize that as type on..revealing more and more plunder-ous notions that my benefactors ,my mentors,my wards  instill in me ..that by sharing.
i will be perceived not as judah Maccabee
but more like Bobby Fisher

everything i have "gleaned " from lazy buffered interface //that a certain section of the population does not like .

Tru Christie  explained.."this everyone is equal ,everyone is beautiful  shit...has been programmed bu what he calls a Mass Mind Control by the crazy homo jewie types in Hollywood..these monsters of Mind Manipulation who have taught men it is OK to wear sandals to work..these same men in sandals  have also been taught to mask underlying feelings a natural dislike of "types' they have been indoctrinated with Hallmark Xmas shows and those old Benetton ads deserve
Posted by vvvvv at 11:56 AM