The 15 years ,next 20 that passed between the 3 Trailers and now  Layla Pace thought would have shead some  light on  her son's claims  of  what was going on in mainstream media but this was not the case
according to the words  Layla read  online typed by Denny and so many others used as her son was
nothing whatsoever was being done by anybody to help anyone .
Years ago Denny had stopped speaking to her
Years before that he was taken away from her
She had made the mistake of taking Denny to a psychiatrist ,than for a scan and next a lawyer..
Anything to make it stop .Anything to make THEM stop hurting her son.

The courts decided Layla was unfit
deliberately putting ideas in his head about 'chips" and things.
never mind the scans showed -something
and than scan after scan showed nothing at all..the last scan this 'THEY" had not even bothered putting Denny's name upon but someone else's first and last..
a "shout out" a "laugh rather than  a warning' -
The courts were never on her side ..even with the initial scan  that somehow got bent
to inadmissable
The courts blamed her for feeding Denny  pills to make it easier for her not him
encouraging Denny to feel as if something was wrong with him
Instead of
-as one social service worker put it accepting that her son was"graced with some type of affinity towards angels..to a beyond ..toward a Voice and Entity that seems to ant Denny just as he is..most mothers ...most good mothers naturally instill in their child that they are just as they should be..exactly what and who they are.." and Layla was asked by the courts to attned parenting classes.
Patrick Pace egged the court system on
calling Layla's obsession with blaming a  technological THEM of some kind for Denny's religious experience
typical of Layla's need to control everything around her.
"Even the gods" Patrick said in court .
And Layla watched in horror the judge grimace.
(2)

'Maybe,' Layla thought staring at Denny's postings..Denny used the 8th Floor. Social Media as a way of. typing away from the tether ..
getting the words inside his mind out somewhere rather than in and out to his Tele-Presence who decoded his every thought..maybe it was her son's way of feeling he had some control
or worse
the very act of typing proved he was under their control.-could do nothing else
but be some type of
guinea pig grasping at levers..
with each zing of frequency ,pulse ,wave
the EMF both from the computer screen and the brain computer interface itself heigtening reward centers for each post
each post that disappeared up the never ending nothingness that was -online
Layla had come to the  conclusion years ago participating in online groups and forums that aimed to support Targeted Individuals that the internet itself was set up to only give the impression of action
so action might be thwarted.
-if they didn't have what passed for  public congregation online
Layla thought ,press checking some petiton to stop Electronic Harrassment ..
where  did this petition go? some secretary of some congrssman's computer somewhere..
it was too terrifying to think of -how little control a private person or a group had ove r their government
even if their government was literally beaming microwave weapons at children
literally placing biotech into men,women ,children to understand how to best destroy a mind by decoding it
before using signal to 'talk back to it"
Layala herself those first 6 or 7 years stayed glued to the computer screen looking up information (it was all there but than slowly not there... scientific data always somehow finding itself on a few purposely ALT websites..
the scientific nuts and bolts of the technology now laced  with tales of Alien Abduction stories and insight into Karmic Transcendence
layla had smashed at least 3 computers against the wall whilereading a research scientist's  testinmony about the reality of this technology suddenly veer off 'Into the Mystic"


..the typing frightened Layla not because she thought anything he wrote could get him into trouble..but because it seemed so compulsive  and useless like Denny's tether got off on seeing him scream online..didn't Denny see Layla thought  not wanting her son to be doing these monsters any favors... 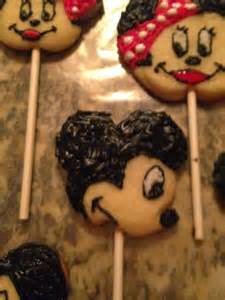 Long ago he must have realized that the 8th Floor Social Media was of no use getting the interface to stop..the Office of Interior Intent had created the internet. hadn't it and. The OII was supporting the Brain Requisition Initiative. Wasn't it .it all went together..there was to be no knight in shining armor to save Denny from the testing ..all of the knights in shining armor who might have helped her and her son had been "app-ed" with the same biotech that made her son type to the very same people who were part of the experiments ..only these researchers studied.keystroke ,back space ..pauses between paragraph... ..
Posted by vvvvv at 8:45 AM