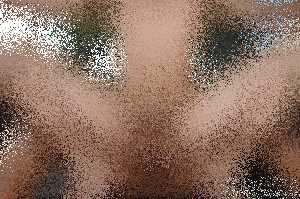 Abstract
Objectives: Traumatic brain injury (TBI) is a well-known cause of symptomatic epilepsy. In animal models of post-traumatic epilepsy (PTE), progression of trauma to epilepsy takes several weeks to months. Although this long process is similar to clinical PTE, it is costly and laborious. We used a combination of TBI and kindling as an accelerated animal model to develop epilepsy in much shorter period compared to that occurring in PTE.
Methods: Traumatic brain injury was exerted to parieto-temporal cortex of anaesthetised rats by controlled cortical impact (CCI, 5 mm round tip, 4.5 mm/seconds velocity and 150 ms duration). Chemical kindling started 24 hours after CCI by intraperitoneal injection of 30 mg/kg pentylenetetrazole (PTZ) every other day until manifestation of three consecutive generalised seizures. Rapid electrical kindling of the amygdala began 1 week after TBI by exertion of 12 daily threshold stimuli (50 Hz mono-phasic square-wave stimulus of 1 ms per wave for 3 seconds) with 5 minutes interval between each stimulation until the rats became kindled.
Results: Controlled cortical impact injury accelerated rate of both chemical and electrical kindling. Number of PTZ injections required for acquisition of generalised seizures decreased from 13.1 ± 1.6 in sham-operated animals to 7.1 ± 0.3 in traumatic rats (p < 0.05). The required number of stimuli to elicit electrically kindled focal and generalised seizures decreased from 24.0 ± 3.9 and 80 ± 6.5 in sham-operated animals to 6.6 ± 0.9 and 53 ± 6.5 in traumatic rats (p < 0.01), respectively.
Limitations: Unlike the animal models of PTE in which recurrent seizures occur spontaneously after TBI, in our study, epilepsy is elicited by kindling stimulations.
Discussion: Traumatic brain injury facilitates acquisition of epilepsy in both chemical and electrical kindling models. Combination of trauma and kindling can be considered as an inexpensive and time-saving animal model in PTE studies.
Posted by vvvvv at 1:22 PM