what's the problem with a surveillance society? EVAN graphs....does this not make us safer?
it sure as hell does not make us saner..
I will tell you that much 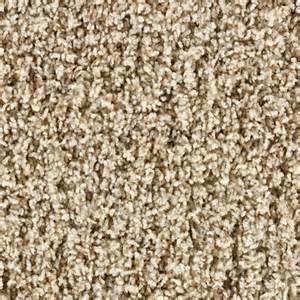 
Evan graphs on....
surveillance society means a society that is watching, monitoring,,,and thus judging it's people's every
recorded .filmed ..seen or predictive response.

Evan and my mentors who have taken watching and monitoring and recording as far as it can go
...are explaining
what a surveillance society should  mean to me
to
us

I focus on the most mundane
sights and sounds I can muster
I see the way ..
my eye sees..when it is not trying to encode a larger picture
I stir my emotions down to the same fragments of second to second living

a
CLOSE UP I Impart of the small hole where I place my toothbrush
snippets. Like time lapse of
how the hole fills with toothpaste residual slime and grime.
...
I recall the opening of various tv programs..
AND SINK IN AND SAVOR A MORSEL OF ...
Sally Jesse Raphael
speaking to a teenager about
how
maybe she's too young to be dressing like she is"i HAVE THE SOUND  of sally down cold....I KNOW eVAN is hearing and seeing SALLY
SALLY
SALLY
I JUMP CUT

I visualize a walk through Target in Montage.....I amp up my Mood to a  purposely discord-inate
sense of
Sexual Excitement
next I think about a possum I saw run over near my mother's house last tuesday
"or was it Wednesday....," I think in a mock
tone
"sunday Monday Happy Days ...TuesdayWednesday happy days>I think I sing  the tawdry electric!


picturing for my Tele Operators
my wards

I can no longer hear...Evan nor do I see the images of  ripped away body parts and faces
THEIR
weapon of choice to go with the Induced FEELING of Terror grazed  perhaps from another Neural Read

I force myself to gather myself and seek


petty thoughts of non being-ness for they have taken too much..
equilibrium now comes through a type of White Noise of regulated Brain Activity

INTENTION
though is the key to Evoked Potentials
my "aim" my intent is  to seek an aqua bath towel..at a wholesale store

t
o
w
e
l
both thick enough for the beach and cheap enough ..
I see a red towel... a yellow towel...

I picture the tiles of the target...and focus my mind on a salt and pepper shaker.
in a chain restaurant
while attempting to think aurally ...
about a tv commercial I saw as a child


this is my life
I am saying..to Evan...
learning how to ...think of Less than Zero
to you
for you
at you

EVAN  over  rides
me
Imparting that- I am attempting to "hide" my location..

and I
picture the sound of an airport and visualize in close up
a one way ticket to Portland Oregon
and re focus on the can can commercial....with a second track of Sally Jesse talking about how a 12 year old should dress.

I see myself from inside myself...INTEROR- AIRPORT -NOW ....paying nine dollars for a hoagie melt.

I graph the smell of tuna hoagie...

and
CUT   back to the search for an aqua towel ...thick enough for the beach but under 15 dollars

I force myself
to think
in the Self Referential manner that Neuronautics deplores..
I emphasize my own voice in a type of parody of inner monolog
"funny....that I will pay .,..or am willing to pay FIFTEEN DOLLARS but not NINE
teen I see myself .
think myself at the airport.
I remember the taste of tuna hoagie. For EVAN

NINE DOLLARS for a HOAGIE
ONE WAY TICKET TO OREGON..
I focus on the carpet of the airport..
and begin thinking of carpets I remember from all my life
1977
......I think of .and it is not easy ..of all matter of carpets I have seen and felt...I widen the scope to simply carpets ..
and force myself to hear the sound of airport...
the shoprite can can commercial

and I try to replicate an intense emotion of the type of quickened fear one feels specifically when one is at the airport and cannot find their ticket on their person
aqua
towel.                         sally jesse Raphael
PEANUT HOAGIE

PEEEEEEEEEEENUT
Roadie
I think now
that would be a good name for a band.... I graph to evan.....once again "back" at the Target...searching for bath towels..
deciding to do a De Palma-esque ....split screen of Inner Vision of a
beagle doing a handstand in front of a fire hydrant.


Sheetrock Roadie would be better.
dontcha think?
are you there
EVAN?it's me dumbo

I listen close
to -
the
"word" on high
.... a surveillance society is a society .a state that watches it's people harshly...and was that not the case with countries we claim we deplore