warehoused.
for the majority.
of the time
set up with choices that kept getting
kept aiming to worse choices.
as every single move one made ..based in no small part by the THING they had attached your nose.
yes nose.
to UNDERSTAND why you thought how you did
there was always a social worker somewhere
and always the right door
and another door
and of course the WRONG door
..
these doors based on the door you went through to get to this new circle of hell
by the time you were 23
you were found to be proper fodder
to the mgm lions and the other groups waiting and willing to
make your mind
ribbons
where I am now
is safe(?)
where I am is safe(?)
and where I should be
..
where I am now.
is where

? exactly
I take another pill
I want

I am here but gone

gone is all in me and through me

they record a mirror of what they made.

they record themselves.
as there is no self left of me
ask them

I was told to stop writing what I was writing
many times
..
things were done to me
I was drugged ..I got in trouble with the cops who just said stop what you are writing you are making things very bad for yourself

there was a preciseness about 1994
as if 1000 rabbis had gotten together and studied my every transgression
as if 1000 priests
and law makers.
had read my transcript straight from brain of every single ill thought
every passing grimace
or hesitation
even my judgements were about information I had seen and reacted to on the tv..

it was at that moment I stopped being a Jew.
there were 4 types of testing going on in L.A. with voice to skull
one outsourced to Scientology
2 outsourced to the Kabbalah
3 a movie studio
and 4 men in black slacks that hated both groups with equal disdain
word had it that several Jews had been involved in Groups
that considered themselves Center of Sociology
these front groups who purported to have the best intentions at heart to examine evil and selfishness
decided to make  mazes for their own kind
to discover what morality and personal integrity mean t
but if one was a fag ...
one had already lost
Jews hate homosexuals more than they hate most
scientologists hate homosexuals almost as much
as for the movie studio their type of hate was one one only sees in film and tv...Hate and torture for sheer FUN
only the Black Slacks
h yet had some sense of purpose only in understanding the technology.

the amount of testers grew
as everyone felt assured nobody put "on the rack" of unseen technology would not be believd
or more over that nobody would care
the intrusive nature of the studies ..were bound to mine the most revolting neural data almost immediately
as the mind spouts claws and recoils in a primal terror throwing up ALL IT's BADNESS as if to say
''is this why ..is this why
is THIS WHY!!!!!!!!!!!!!!!!!!!!!!!!!!

anybody with the slightest qualms as to
"what they were dealing" could rest assure d the Target wa s indeed as sick or BAD as whomever performing
the Psycho correction
needed he or she to be
as soon as one mind is intruded on in this ungodly way
one 's mind is forever changed
possibly one's soul actually departs the human organism
yes
that is how very cruel .utterly sickening and bizarre this technology is
that perhaps one's very soul leaves one..
on that second of breach

but who ever was reading it ...who said you are making things very bad if you keep writing what you are ..saw what I was trying to say
no one else
who didn't know about anyof it ..I am sure could have known
what I calle d Stylized Parenting was.
or about the 'ear thing"

I cannot see people.I cannot relate.
I hate too much
nobody understand what is with me ..in me through me for all these years.
I cannot be around people
me and People have nothing in common
I am being tortured
in a manner so sick
so thoroughly and with such delight
it is beyond my own understanding
how can I expect others to understand
what they did to me in L.A. and how many people saw and KNEW was perplexing
the cops...the lawyers.the staff at Olive View medical center..

and this is the town that creates our views.

something is so wrong happening
that
it is unbelievable.

that is what  I should not have known.nor wanted to..nor can one deal with knowing...

.I knew nothing about v2skull in 94.
I put it all down to some psychotic break than..somehow I never thought about that period of my life.7 months of sound..7 months of madness.
I moved on somehow..it took years but I swear I never thought about it.
It began in Los Angeles than and followed me to philly.
it began in Los Angeles again in a whole new way slowly this time in the late summer of 2011.
I was asked to remove the blog I kept during the time it started.
I never took it down..now I turn to it..I don't care much about turning this into story to get my point across.
it is not fair to others.other targeted individuals who write of it as it is.
I will return to the fictions.
maybe the fictions keep me sane
but it is insane to live like this..
somehow I know now I will not
and this gives me great comfort.
I cannot hate those who did this to me in a genuine way
I think I wrote of it as I did not to feel a type of hate no man or woman should ever feel toward another.
another group. a country
or anyone

December 13, 2011 Van Nuys
my mind still f*cked from the injections.at olive view no excuse.
a neighbor. gave me stuff to sleep. instead i fell over .got more dumb.
people come up to me around here.they know my name.i don't know them.
i feel i am losing what i gained ..and i feel some people know it.
gonna take days to keep this 'detox' of the stuff they forced on  me .dark circles under my eyes.
slow brain.and pain in my arm from the site.
not to mention the forced taking of those tablets that swelled my mouth and throat and tongue.
at one point early on i couldn't sign my name
taking one for the team.
but it seems a team of one
and i don't kn ow still quite what side i am on.
the one without the needle jumbo.the one who is winning?
that side.
?
after all that?

The design and development, in recent
decades, of electronic chips capable of
interfacing with neuronal systems have
stirred immense interest.
Development
of such neuronal devices is geared
towards the development of two related
device categories: one of
in-vivo applica-
tions such as retinal and brain implants,
the other of
in-vitro
devices for basic
investigation of neuronal systems. The
latter category of devices, often termed
‘‘brain on a chip’’ (or neurochip), may be
used to better understand biological
mechanisms or even for the realization of
organic computers.
Clearly, the feasi-
bility of creating devices suited for any of
these possible applications rests in the
ability to produce high quality chips with
efficient interfacing between the chip and
the biological system.
For both application categories, the
integration between biological cells and
electronic chips is laden with challenges:
biocompatibility, chip durability in a wet
environment, packaging issues, electronic
circuitry to accommodate data collection,
and software to accommodate data anal-
ysis and compression, to name a few.
Owing to intensive research in the last
several decades, remarkable progress has
been achieved in all of these issues.
Of the various challenges, achieving the
right properties of the actual interface
between the chip and the cells are of
utmost importance. This interface is crit-
ical in ensuring both the viability of the
cells and the effectiveness of the electrical 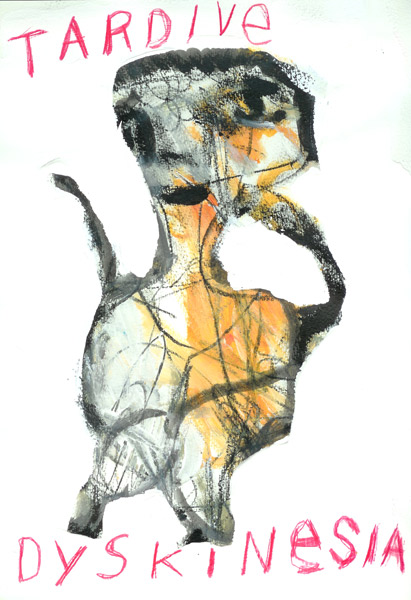 interface.
The desired properties of the interface
between the chip and neurons depend on
the transduction method used to convert
the electro-physiological activity of the
cells i.e. ionic currents to electrical
signals i.e.
electronic voltage or current.